On Saturday, 3 men with colds, and 1 man determined to break his bike on a single outing (2 drops and a spot of light off-roading follow later in this post) set out to go to Windsor following the least likely route possible.

On Friday I Googled the route and was surprised to see that Google maps suggested the M4 or A4 even when switched to "cycling" as the method of travel. I decided, on balance, that the route suggested by David looked better. I didn't really check why we were going where we were going because the route looked largely flat and easy to follow. 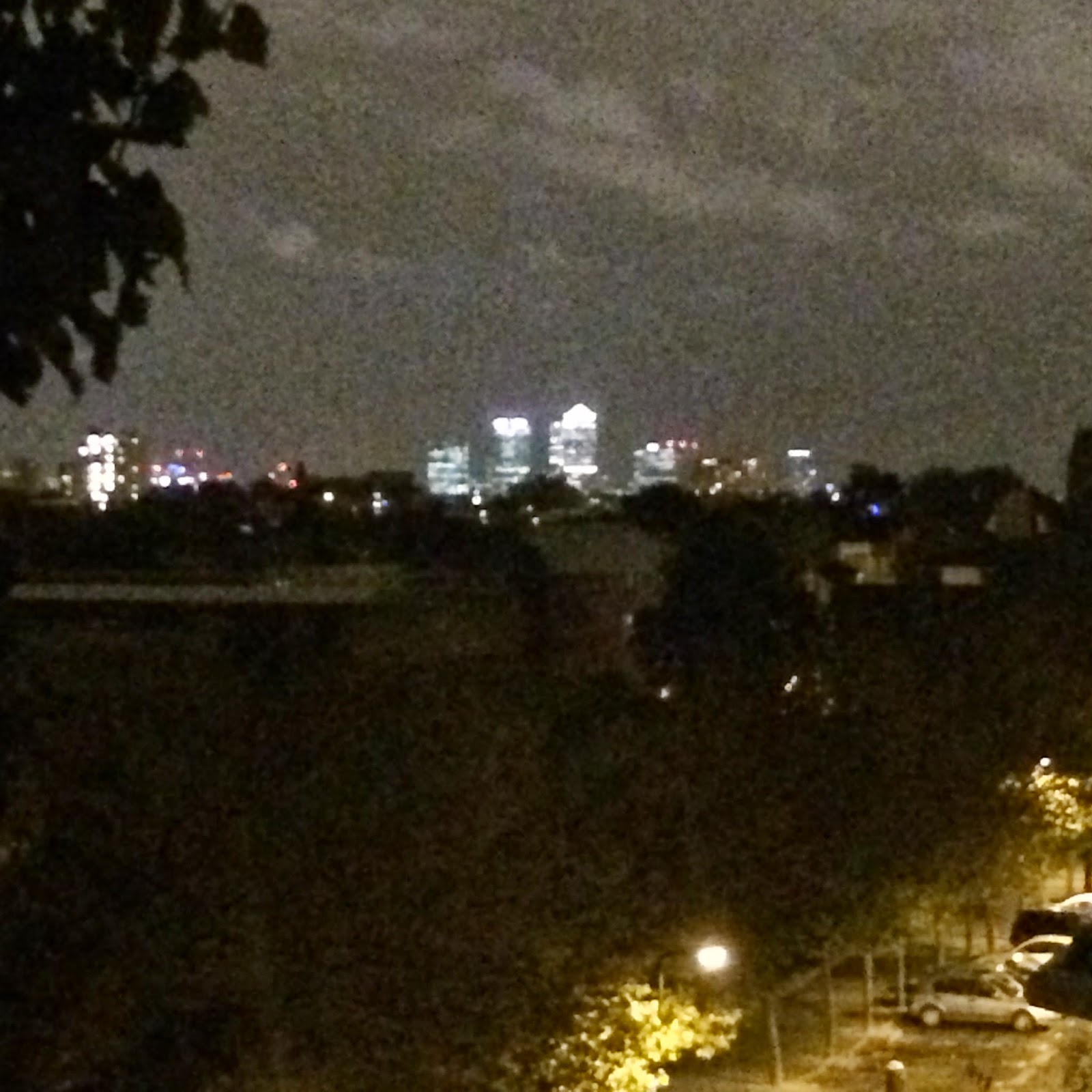 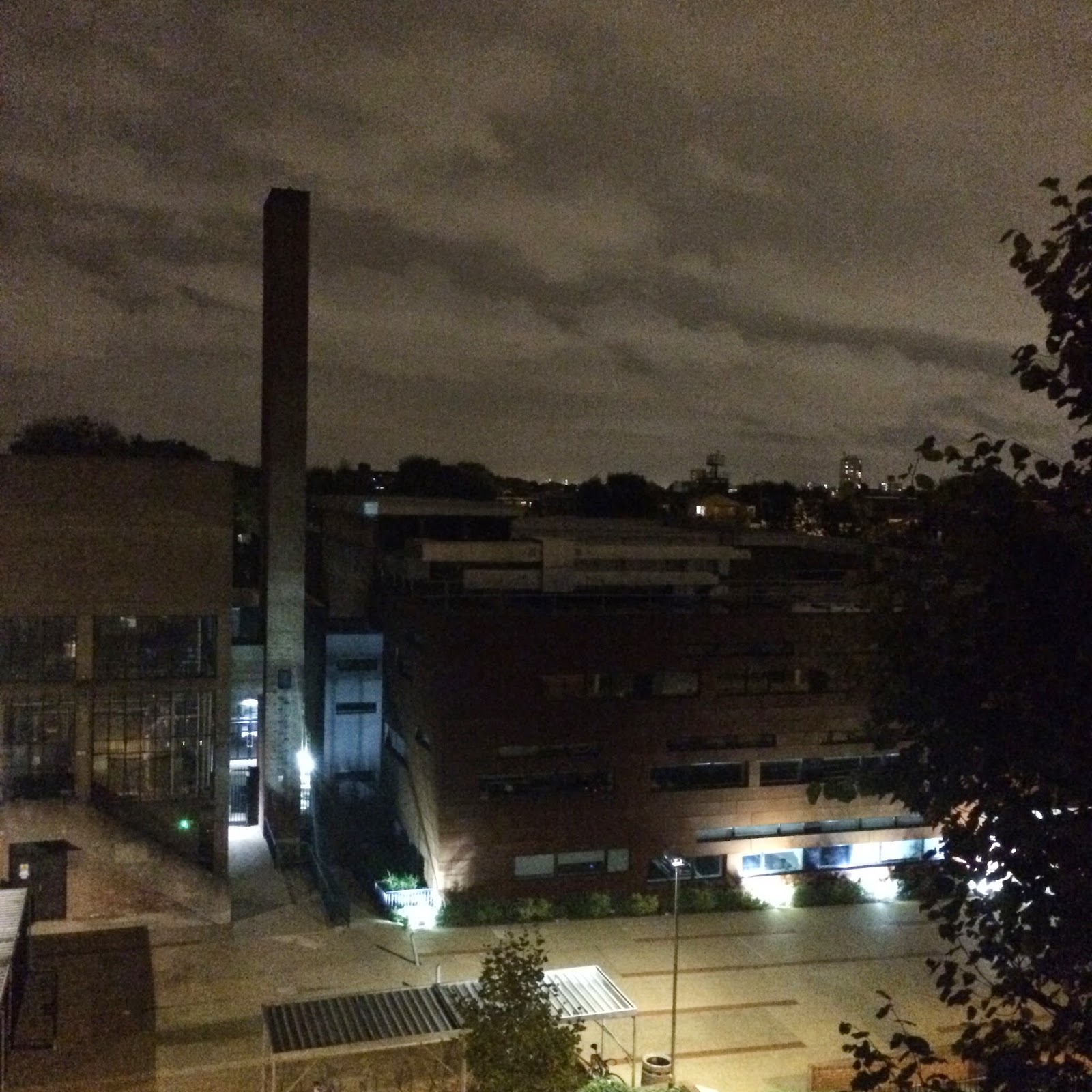 I got up at the ungodly hour of 06:30, after 4 hours of sleep, in the murky blue black light of a cloudy dawn and realised I was out of soya milk and bread. I managed to locate some cow's milk and muesli and managed to get showered, dressed packed and downstairs for 07:30 with the bike.

Drop 1# prior to arrival

We ended up a peloton of Aluminium (Cinelli), Carbon (Merida* citation need) and steel (Kona and Condor).

Down through Chelsea and into Putney we stopped first in Richmond park at the cafe to get some coffee and belated breakfasts where required. Chat centred around Local government and bikes before long as we all found common ground. 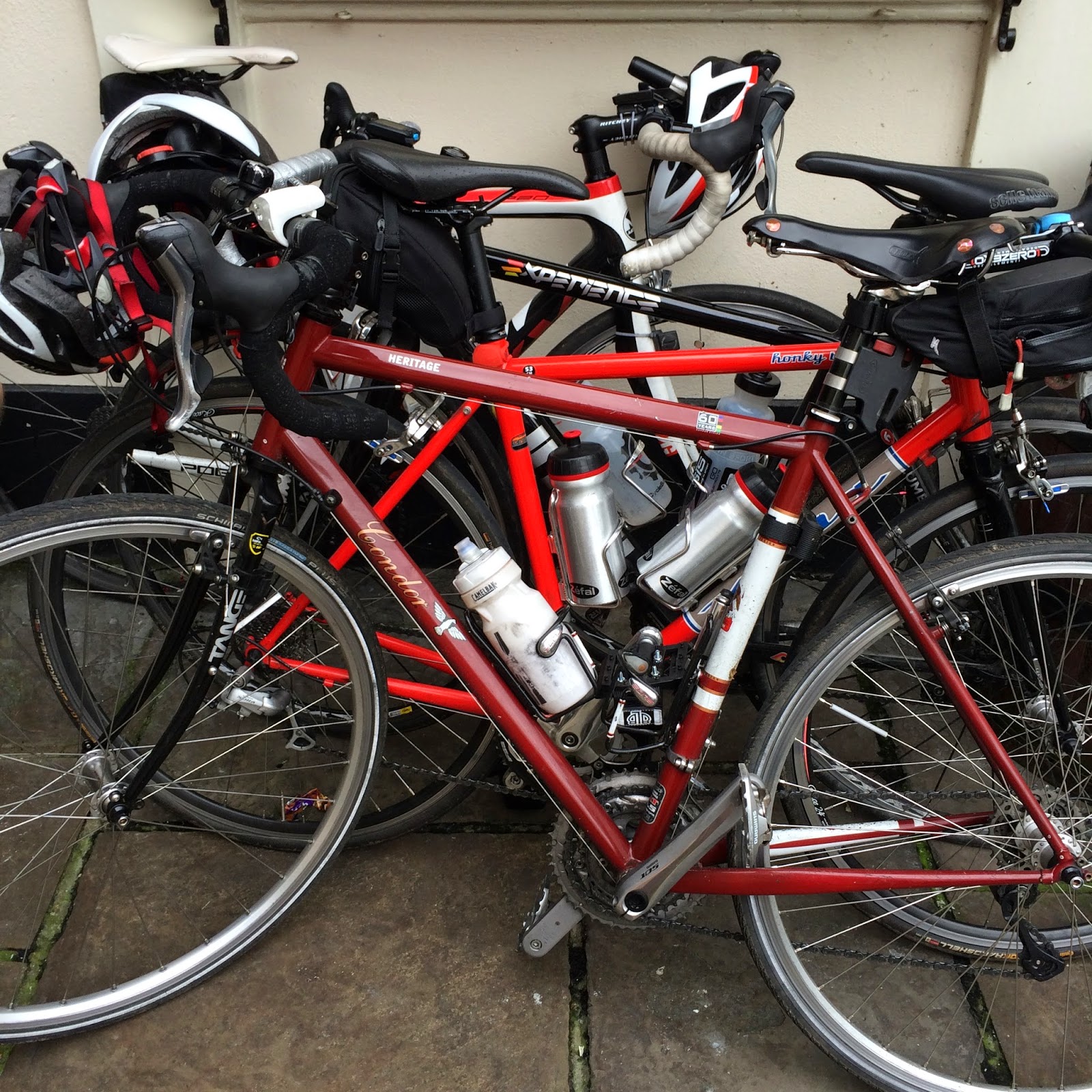 It was sometime later that I first started to suspect the circuitous nature of the route we were embarked upon as we passed through Berrylands and Surbiton. I'd spotted Hampton Court and Staines on the route and assumed we were doing a different way there than back. As we approached Surbiton Cricket Club it was announced that we'd arrived at stop 2.

We had taken a slight detour into suburban Surrey to view a recent addition to the bike family of a friend of some of the group. A lovely new Canyon Endurace with full Dura Ace. Very pretty and well worth the extra miles. It (and the rider) didn't join us due to missing  pedals and inclement weather... another time maybe.

Drop #2 in the carpark of the cricket club

Across Kingston Bridge and down the dual carriageway to Hampton court. Previous rides out this way I had gone along the Thames Path, but it was muddy and we had much more road bikey bikes with us on this trip. That said as we came around Staines we managed a small off road section before finding a lot of ponies and a window manufacturer in one particularly dead end. 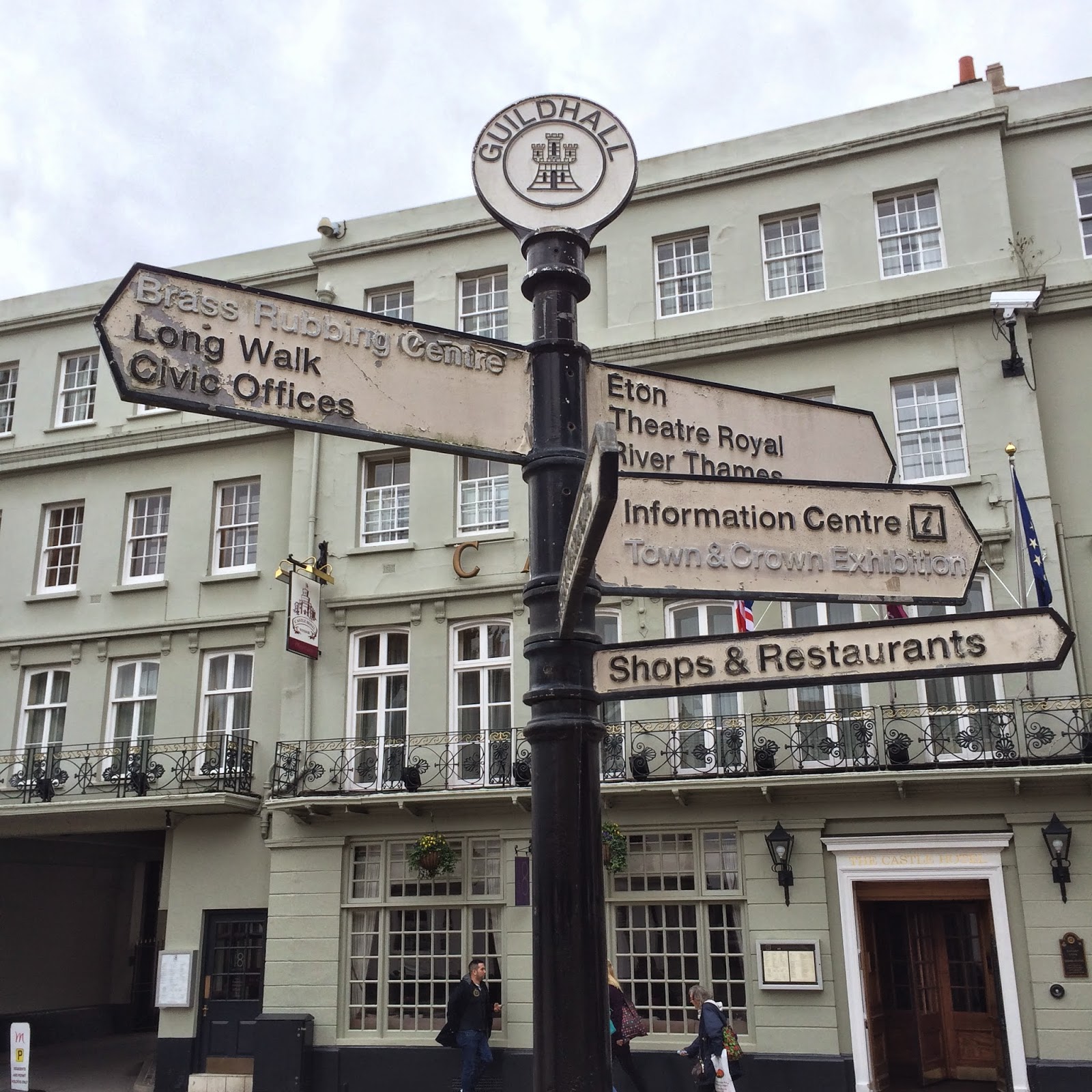 Upon arriving at windsor we briefly considered the "All you can eat Thai Buffet" before settling on the roughest pub in  Windsor. The falafel burgers may have been in the freezer as nobody working there was even aware it was a menu item. By the time the food arrived we were all starving and it was very well received.

The journey back was much swifter and easier than the route there. Despite rain and high winds (headwind in both directions... Oh yes) we were quickly back at Southall and before long I knew where I was without recourse to my phone.


I'm not saying David and my bikes are heavy but we were at the back quite a bit. This isn't unusual for me but it is for David.

When we got back to Stokey I stopped at "mother earth" because I needed bread and eggs and they needed (apparently) all of the money I had on my person. I'd just started running a bath when Kev rang to see if I wanted beer that evening. 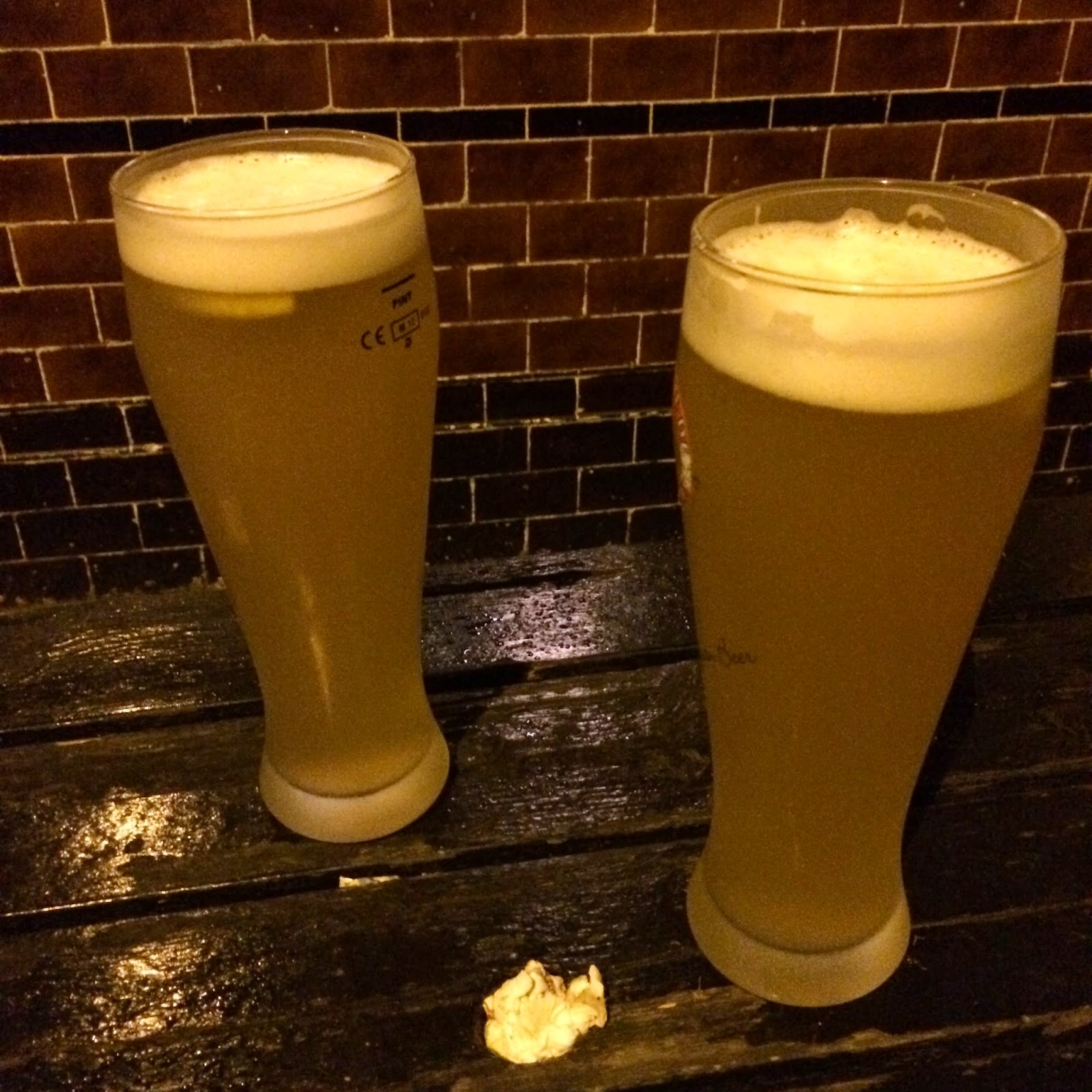 Posted by thelighterthief at 16:40 No comments:

At some point during the pub crawl last Saturday I agreed to go on a ride to Windsor and back this coming Saturday. I distinctly remember it being mentioned and I'm fairly sure I wasn't going. I had planned to ride to Brighton (Brighton or summat - the extent of my mental planning process). However it turns out I had been invited and I was yet to confirm. This will be a gentle 50 miler with mostly complete strangers and by the looks of it as little extra equipment as it is possible to mange with. Not because any of us are weight weenie's but because nobody can be arsed to drag too much stuff for a short ride.

As per usual with this type of thing we're going to attempt to start spectacularly early.For everyone to start from Battersea Bridge at 08:30 we'll have to leave Stoke Newington at 07:30. To be on the safe side that is. I could leave at 08:00 and welly it down but that never really works because there is always roadworks somewhere in London.

Also, as per usual, I have no idea where Windsor is or how I get there. I just googled it and apparently I need to ride on the M4. This seems unlikely but not entirely implausible. My Solo ride back from Cambridge the other year involved large sections of the non motorway A1 (i.e. not the A1(M))

This brings me back to my cycling club dilemma. I would dearly love to get out for more group rides. The easiest way to do this is to join a club of some kind. Local to me is a traditional cycling club and an audax club. I aspire to some of the long range audax rides but only when I fully understand the rules, however I have a heavy steel bike and so would feel out of place on the club rides where my pride might get the better of me. I can't be off chasing down a skinny 60kg club guy on a sub 7kg bike when my bike and rider combined weight is closer to 100kg (or 1/10th of a metric ton as I like to think of myself)

Posted by thelighterthief at 16:09 No comments:

upgrading and the dangers thereof...

One of the dangers of falling for a sport (or sports), instrument, hobby etc. Is the constant pressure to upgrade. Whenever I'm actually riding my bike at speed I'm perfectly happy with it. When I'm off the bike there are a few things I'd like to change, however it totally depends what I'm using it for going forward. Last year I put on and took off two sets of tri-bars, changed the stem and bars, took off the mudguards and rack and lowered the handlebars. This is because I wanted to race. Going forward it needs a new chainset and wheels (whatever discipline I choose to be involved in), however any other changes depend on how mny bikes I'm allowed. 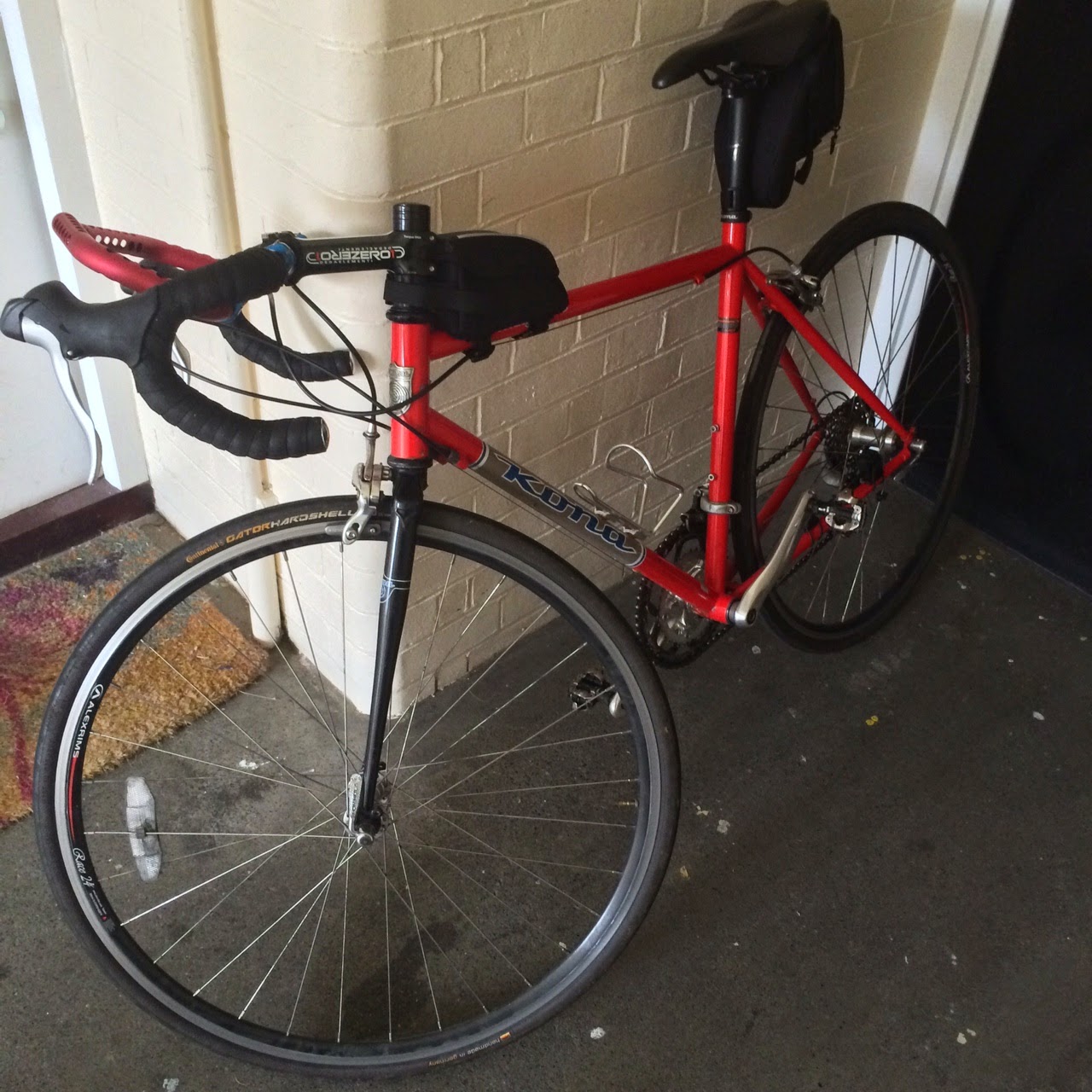 Ideally this would become a day-bike and light tourer (Strong wheels and tyres and the matching Sora or new FSA chainset. Maybe a better rack)This after all is what the bike is effectively designed for.

That would mean that I needed a bike for racing (triathlon, dualthlon), club rides and sportives. The Kona would become the be-fendered and brooks'd comfort ride.

I could however get new and lighter parts for the Kona. I've seen a honky tonk with Carbon forks and seatpost, lighweight wheels and a racing saddle. I'd still be looking longingly at the bikes parked outside the cafe in Richmond park. 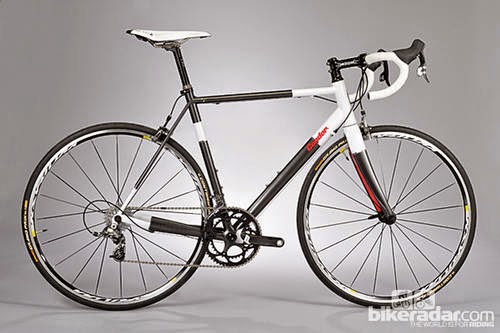 Ideally, in the long run, I'd like a bike like the charge plug 5 for most usage. On and off road, light touring and bikepacking. I'd then like the Condor Super Acciaio (above) with carbon finishing kit for racing and long distance speed rides.

Posted by thelighterthief at 16:27 2 comments: