This last Sunday I rode my very first ever sportive. Wares Cambridge. I refuse to be drawn on either the pun or my navigation skills in relation to this name. I had felt a small amount of snobbery towards these types of events, in the past, as effectively it is a big bike ride on open roads. You can do this for free anytime you want. There are refreshments and signage, timing chips and a mildly competitive atmosphere. It isn’t a race, it isn’t a leisure ride and it doesn’t have the navigation/problem solving issues surrounding Audax.

We signed up for the 50 mile route as it is early in the year (still have arteries full of christmas cheer) and I duly downloaded the TCX file on the Saturday afternoon... I should say at this point that I had my leaving do from my job on the Friday which involved 6 hours of drinking… then cleaned my bike and packed my kit.

David and I met up at Finsbury park station and got the train up to Hertford North. It was chilly and overcast and I had forgotten my leg warmers so I was chilled through after our brief wait on the platform. We tagged along with some other riders and soon found the start. Once there we met up with the other two riders who will make up our Ride London relay team. 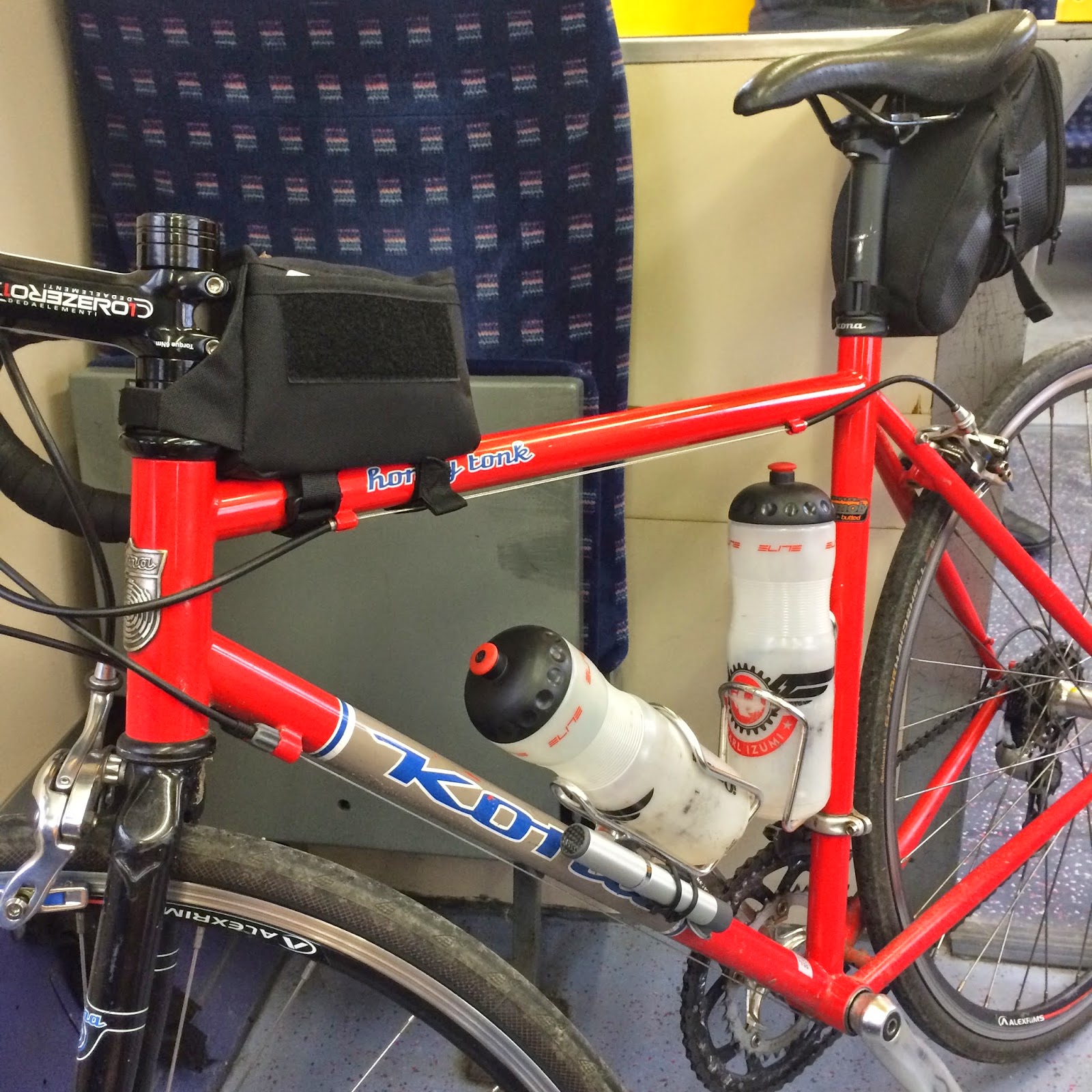 We made a motley crew. Phil and his brother had carbon road bikes (Mekk and a very aero looking Rose) whilst David had his trusty Condor touring bike (sneakily fitted with new race wheels) and I on the Kona.

Once we got going I soon realised I was going to be doing this ride (mostly) alone as the other 3 sped off into the distance. I didn’t go flat out as it was my first 50 miler of the year, but I wasn’t overtaken much either. I’d got my Garmin programmed with the route but as I hadn’t tested the pre-programmed route function I was glad of the very effective signage.

As I pulled into the first refreshment stop at 26kms (yes I was doing a ride measured in miles, but I’d calibrated in kms) I spotted the other three and we had a little chat, a few cream crackers and cheddar and set off. I got dropped about a mile in again. 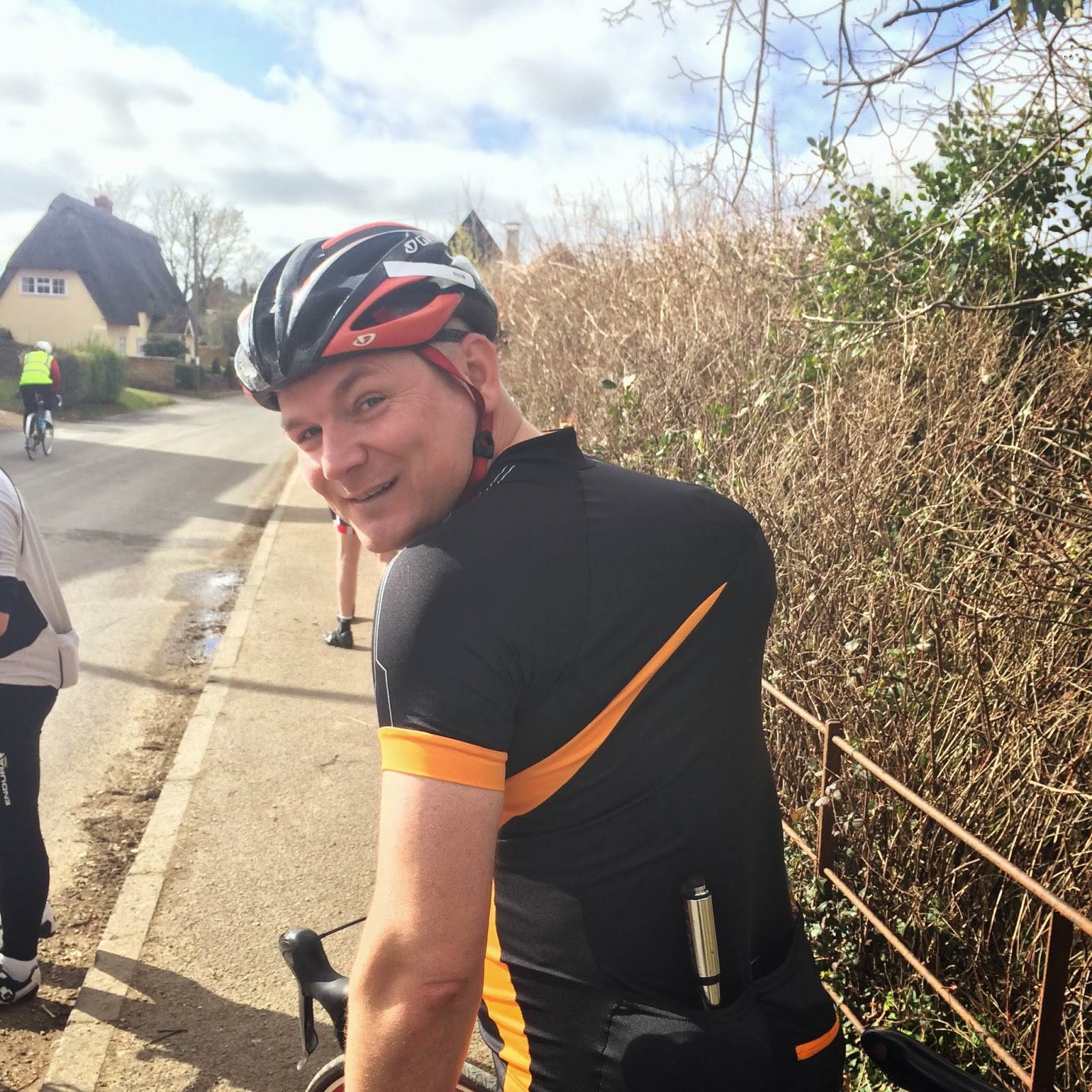 This section was much more open and windier. I really enjoyed this and the next section as the sun had come out and there were some proper ups and downs. At one point I got down to 8kms and at another up to 50kms an hour. There are no really big climbs but you get around 800m of climbing and the same of descending.

I followed the pattern of catching the guys briefly at stops and then getting dropped, enjoying being out in the countryside, and the cheese and crackers until finally I realised we were nearly back.

I was half an hour outside the bronze time for my age group, but to be fair we hadn’t really been trying. My rolling time was within the gold time so if I eat less cheese and hadn’t had that last cup of tea who knows… but then that’s it isn’t it? There is the competitive part, if you want it, but you can ignore it if you want.

I was fascinated to discover that mine was by far and away not the worst bike choice for this event. All sorts of velocipedes and been roped in for the event with kit ranging from what looked like an ex-team sky pinarello and full team sky kit to one fellow who looked dressed for arctic exploration.

As it is I had a great time (the journey back was frustrating but not difficult) and I felt I got my money’s worth to the degree that I might just sign up to their other events this year. I realise as well that I had packed way too much. Ok so i needed the tubes in case of punctures but I could have got 2 tubes and repair kit plus all the food I ate in my jersey pockets... Next time... That's bound to shave half an hour off isn't it. 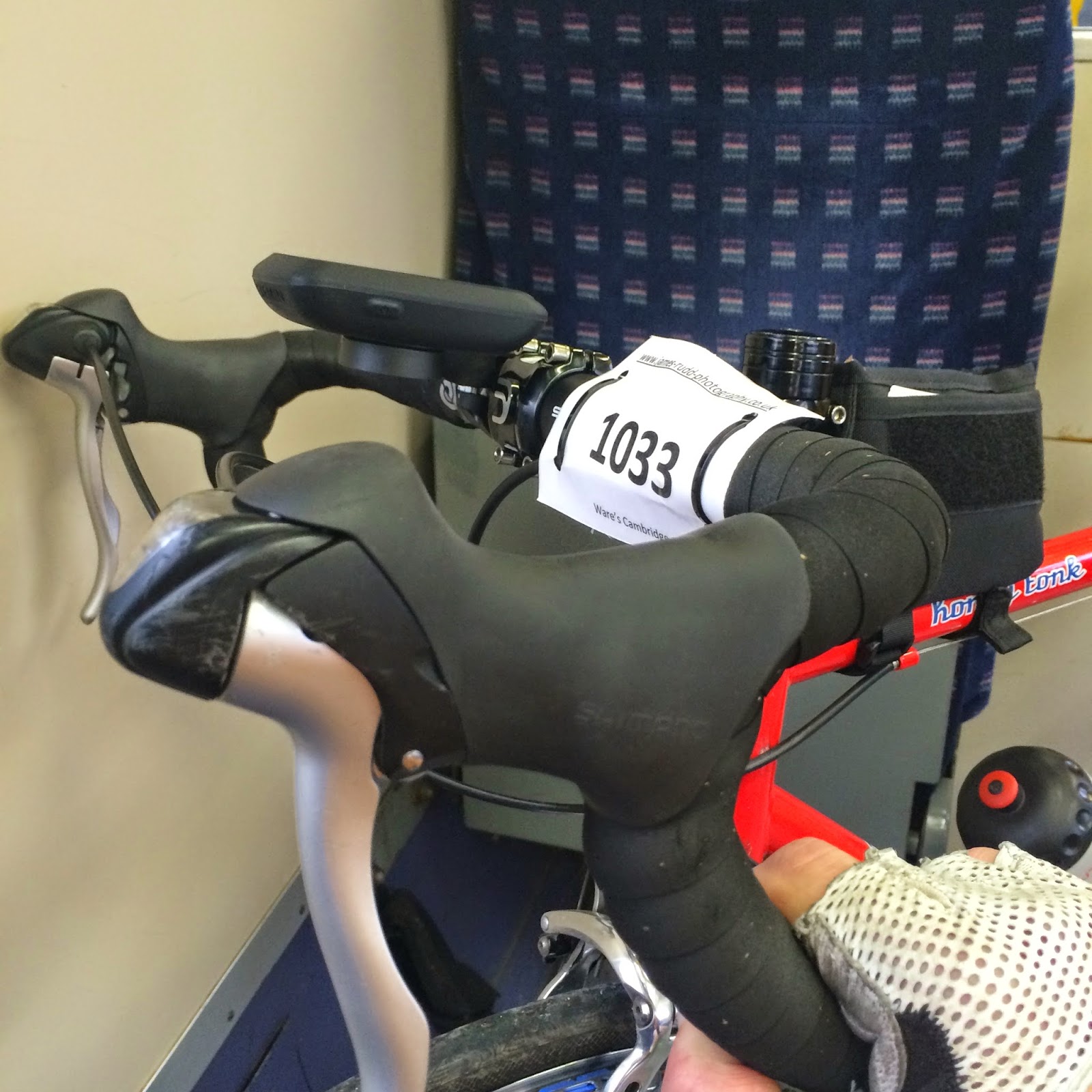 Posted by thelighterthief at 21:20 No comments: