Bejesus that must smart a little

This guy finished the race with that in his leg.
Azizulhasni Awang came third in the track cycling world cup despite coming off and getting a 9" splinter in his leg. That said I can see this type of piercing catching on in some circles
Posted by thelighterthief at 10:41 No comments: 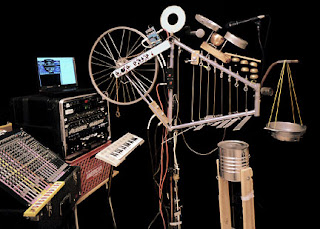 Posted by thelighterthief at 12:37 No comments: 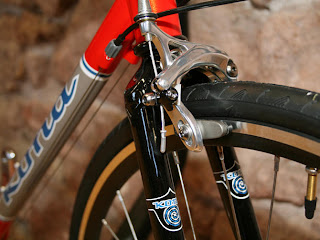 I have already had a couple of punctures on my new bike. I realise that not having armoured tyres means that this is more likely, but in three weeks I have had two punctures. I only had 2 punctures in 4 years of riding the crossroads, and 0 the 6 months of Brompton ownership I managed before an untimely theft.

I have also had to take the bike back under warranty to get the front derailleur and rear brake adjusted as they’d stopped working properly. The bikes that I had as a kid I rode harder and more often than the bikes in my adult life, yet had less go wrong with them. Are bike manufacturers too busy chasing the weekend warrior market to make multi use everyday bicycles?

I picked the Kona because, with 25mm tyres and steel frame, it seemed to be sturdier than the average road bike in alu/carbon. It probably is, and the way I ride I should probably have 4 season Kevlar tyres on...
Posted by thelighterthief at 11:59 No comments: 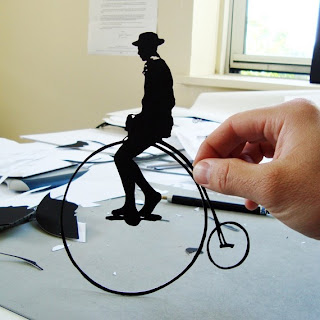 I saw these lovely cut paper silouettes earlier. There is a great one of a couple kissing on a bike too.
Posted by thelighterthief at 11:35 No comments: 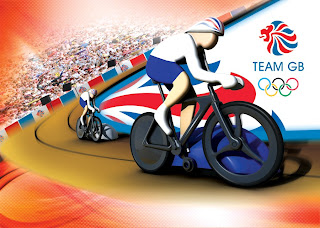 What on earth were they thinking. Unless there's a cross over at the mid point on both sides then the inside bike will win. I bet they a massive car shaped base so they stand up. The remote controled motorbikes use a giroscope to stay upright, but these are tiny!
Full marks for an unrestrained cash in though.
Posted by thelighterthief at 13:39 No comments:

Writing to your MEP

I wrote this letter to my MEPs yesterday. To my suprise they have all answered within 24 hours. Some in great detail about specific proposals and research into safety currently in progress. A littlr sad then to compare that UK MPs are having to fight to save essential services form the Con-Dem Government rather than better the lives of residents...

It's nearly two years since Eilidh was run over by a truck that failedto see her. Her mum Heather has been working with their local Member ofEuropean Parliament to try and get an EU declaration signed to get HGVsfitted with sensors and cameras to remove their blind spot. 4000 people, mostly unprotected road users such as cyclists,motorcyclists and pedestrians, are killed each year in Europe becauseof HGV blind spots. As a keen cyclist (I commute by bike and cycle for pleasure)I see thedangers of this blindspot daily. If HGVs are the way in which we chooseto deliver goods in the centre of our busy towns, then they mustn't make them any more dangerous than neccessary.

I am 38 years old I havelost 2 friends to illness, but 2 others have been crushed by HGV's whodidn't see them (one died in a car). This declaration needs to be signed to be signed by half of the 736MEPs before it lapses on Wed 16th Feb 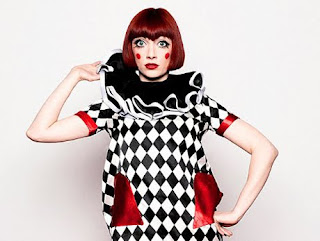 I have just had a very strange weekend.

Firstly Straight after work I headed up to ]Performancespace[ the new home of the Artevict lot. There were some durational actions underway when I arrived. I found the work moving and challenging. Highlights for me were Jamie and Victoria’s pieces. Anyway take a look at the site and make your own mind up.

Saturday we went to Brian’s to rehearse for the long distance busk (LEJOG). There was a frank and quite reasonable discussion as to how hard it would be and the fact we are all out-of-shape. It looks like we’ve decided to do it anyway, but we have agreed speeds and levels of fitness by certain dates to try and make it easier... can’t keep stopping.

ew venue in the evening. What a lovely space. There is a section in the middle with a glass first floor and a viewing gallery at the top. Great DJs brilliant live acts. Good all round. Interestingly whilst I had to go on my own to both events (circumstances and planning issues) I wasn’t alone. A lot of people were there on their own. 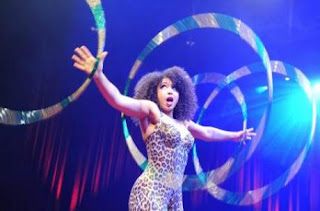 good weekend at that.
Posted by thelighterthief at 11:33 No comments: