D.        If you pick up pizzas we can give you some money when we get there. If only there was some sort of brewed beverage in a handy container I could pick up that would go well with Pizza... If I think of one I could try and see if they've heard of it in South Ken...

W.      I think we should be that sort of band. The only reason we weren't that sort of band in the first place was because we had to ride our bikes the morning after a gig. I propose full-on heroin chic and model girlfriends (we don't need to tell the ones we've already got; it can be a Tuesday night thing).

D.      I'm not sure I could cope with a second girlfriend... could I stick with meaningless groupie action as I feel this would be less of a drain emotionally... all the agreeing to a second yet unrelated set of cushion based reasoning may be the end of me. I think the lack of heroin on the lejog ride was a serious oversight for the following reasons...
I'd like to look at the pros and cons of other narcotics too... although there may be some crossover with other lists.


Posted by thelighterthief at 12:47 No comments: 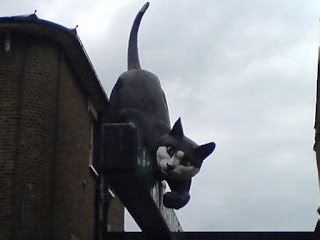 I work in an unspecified area of South-East London. It's only un-specified in the sense that I have no real wish to disclose it here. It is quite specific in my minds-eye, which I find helps with locating my place of work enormously come monday morning.

This, slightly drab and underwelming locale, has until very recently managed to avoid becoming home to the homogeonous high street brands present in almost every high street from Norwich to Nottingham.Instead plucky local business people have been allowed to operate the generally sub-standard, health and safety ignorant, British businesses favoured in the days of yore*

I'd like to forward this as my initial reasoning as to why market forces are not just ridiculous but in fact a complete arse. If I'm fair to the "market" it also proves that human beings are, by and large, complete idiots. But I am not in the mood to be fair to the market, and in a weakened post breakfast state, quite prepared to cut the human race some slack for once.**

In the last few months the general ambience of the locale has been disturbed by a Subway and a Costa Coffee. Prior to this we had budget sandwich and coffee shops, that somehow managed to thrive, selling wishy washy beverages and limp sandwiches at a price beffitting the said fayre and manageable to the local population. Everytime a more interesting (edible) eaterie opened, it would close within a few months*** to be replaced by a chicken shop or a minicab office.

This market ignores the health and wellbeing of the populus and reaches an state of equilibrium based solely on price. However these businesses are now being threatened by chains selling similar fayre for nearly three times the price. We are told time and time again that competition in the private sector will raise quality and lower price. Rather than variety and price driving the market, it is shiny cups and familiar logos. In six months these businesses will fold, as residents of this localle cannot sustain £3.99 coffees and £5.99 sandwiches, which will in turn lead to a beverage vacuum. Maybe the proliferation of public sector employment will sustain these businesses... If so, where will the locals eat.

Anyway. My point was that choice doesn't drive prices down and competition up. Itdrives prices up and competiton down. Mostly because people are idiots, or at the very least foolish brand magpies.

*The exact dates of this period are not nown but we're generally looing at post-industrial revolution and pre-McDonalds.
** Upon re-reading the first couple of paragraphs I noticed the complete omission of the letter "K". My keyboard had broken and the subsequent liocation of a (sub-standard) spare led me to take pity on humanity
*** With the exception of a rather pleasant Japanese restaurant
Posted by thelighterthief at 10:03 No comments:

Miss S and I have just been off to see the other Sophie play a gig at the crypt in St. Peter's. As is her want the songs covered a variety of topics not often utilised in the folk format.
-Alternatives to GDP as an indicator for economic health
-What happens if you chop a forest down to make violins (I've over simplified this one)
-The joys of bicycle ownership as opposed to ownership of other stuff.

As an introduction Sophie said it's easy to see why academic papers are the norm for economic theories but there you go.

The venue also served tea. As in the beverage.

Miss S and I stopped off at a lovely French cafe for a custardy quiche and salad before buying up some Mertyle and rhubarb jam. Mmmm 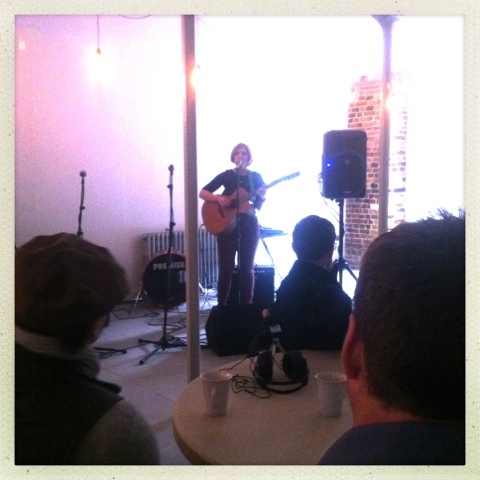 Posted by thelighterthief at 16:25 No comments: