How I learned to love the guitar again

I got a message last night. I say a message but effectively it was a comment on a photo I had posted online. I was playing a mandolin, and my friend had posted "Still playing that kids guitar then Dom?" I've had similar comments about the ukulele and banjolele over the past couple of years too. Whilst this particular comment was in jest there is the persistent idea that small means unimportant.

Several friends have remarked that they are not sure why everyone is playing the ukulele. Or rather why every band seems to need a ukulele or other comedy instrument. If you've ever carried a solid bodied electric guitar, in a hard case, with an amp and a bag of cables and effects to a gig by public transport you'd know the appeal of the tiny acoustic instrument. I recently started playing a smaller guitar to make things easier on myself and am still considering a Martin Backpacker so I can ride to rehearsals on my bike.

The beauty and simplicity of the uke or mandolin is the short scale and small number of strings. I have written before about becoming disillusioned, by age and lack of activity/success, with the guitar. I called into question why I even bothered playing it. I started playing the uke in 2009 after hearing about a uke band playing at an awards ceremony. I googled ukulele orchestra and saw the ukulele orchestra of great britain on youtube. I bought myself one for christmas just as I was going through a painful breakup.

I went along to a ukulele group at work, and another above a pub in Stoke Newington. It was fun. I wanted to play with other people too. In late 2010 I met (through a ukulele mailing list) Warren and the Buskers on Bikes. We rehearsed. We trained. We cycled Land's end to John O'Groats together playing gigs. An old school friend asked me to play a one-off gig with him. I started learning the mandolin. BOB played a few more gigs. I auditioned for the London Gypsy Orchestra on the guitar.

So there it is. Back to the guitar. I'm now playing with three groups of people and enjoying music more than I have done since my early 20's. I understand theory better now that I play 3 instruments tuned differently. As a guitarist I learn't chords and scales but could only relate them to the guitar. Learnign the uke and mandolin I needed to know why  the chord I was playing was a Insert chord name.

In short the ukulele reawakened my enjoyment of playing.The banjolele helped me to find my place in a band for the first time in years. The mandolin made me realise how music is constructed (and how loud a small instrument can be). The guitar became the instrument I continue to love most. 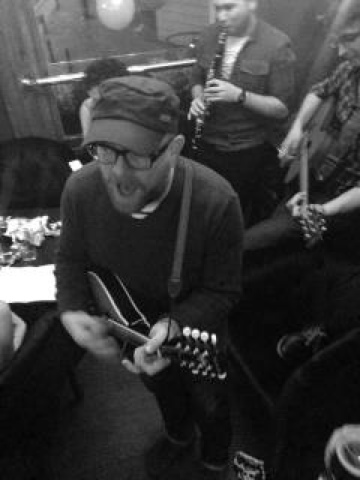 Posted by thelighterthief at 10:59 No comments:

It looks very much like we're going to be doing bike to bestival again this year. The twist this year is that we are now going to also be doing a ride to camp bestival. Busy, busy, busy! It's really good fun, but needs a lot more work than you'd imagine. Partly because, by their very nature, festivals have to be in the middle of nowhere. This isolation makes it difficult to get people to and from their final destination. In fact it makes it much easier to get there by car. This is partly because from the 1960's onwards, successive British Governments have favoured the car. Even to the extent of taking out railways and building major road networks as the popularity of the car spread out through the social classes.

This wouldn't matter if we were organising a "Drive to Bestival" but we're not.

The destinations we are aiming for cannot be reached without using A-roads. It is impossible to cover vast swathes of the U.K. Without sharing a dual carriageway with lorries blasting their way across Europe delivering (as it turns out) vast quantities of horse meat by road. In Scotland there are motorways built right next to dual carriageways as roads were upgraded. You get to cycle along a badly repaired dual carriageway, whilst traffic hurtles by merely feet away on a shiny new motorway.

The most terrified I have ever been (scared for my life) was during the descent into Glen Coe. Rain so dense that visibility was down to a few feet. Inches of water on the road. No brakes. Mountain roads. Heavy traffic. Really heavy traffic. All whilst trying to find a right hand turn across the oncoming traffic, and onto a flooded road for several miles to dry off in a youth hostel.

I also wished the rain back almost immediately upon it stopping as clouds of midges swarmed towards us as soon as the rain started to let up. 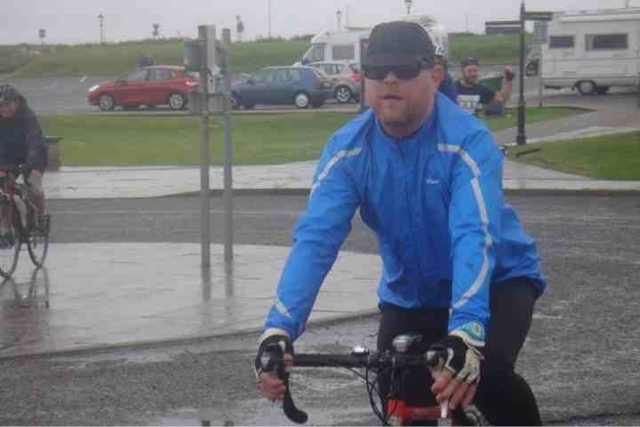 Posted by thelighterthief at 22:30 No comments:

So I have just got back from the physio. It turns out that one of the ligaments in my left ankle is no longer working. Or it might not be there. Or I might have damaged it. They aren't sure. However, apparently standing on one leg is the way forward. So I'll be doing a lot more of that over the coming weeks.

One thing that has come out of all this is that I've been told to avoid the exact movement that releases my left foot from my clipless pedal. They won't say that it was the pedal that did it , but I might "wish to consider other types of foot retention"

I'm currently researching platform pedals and straps. I never really got on with clips and straps. 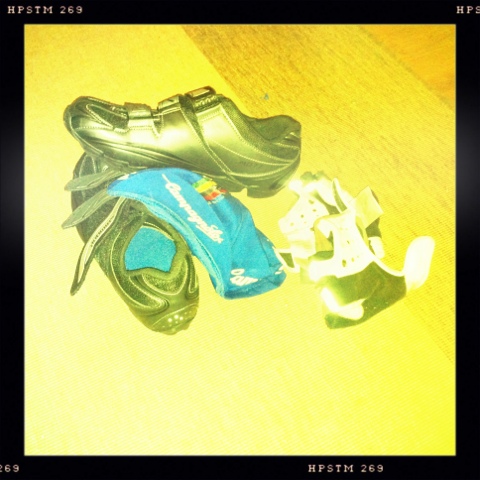 Posted by thelighterthief at 21:38 No comments: