A bucket waiting for the hope of a donation to validate it's existence. 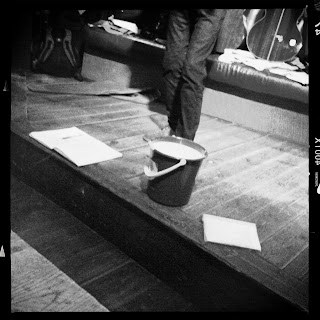 Posted by thelighterthief at 20:26 No comments:

Off on my LEJOG trip

I'm off to do my LEJOG trip at the weekend so mostly i'll be posting over at the Buskers on Bikes blog...

Well I've been using the clipless pedals for a week now, and in that time I've done quite a bit of riding in a variety of styles.

I have done one long ride, several standard commutes and a couple of pootles.

I can confirm my initial thoughts in that it still makes cycling feel easier and I now thin I know why. I'm sure there are forums dedicated to this so I am sorry for repeating the acculated knowledge of the interweb. Being clipped to the pedal encourages smooth actions as you can feel whether you are pushing evenly as the shoe tugs at your foot if gets ahead of the pedal.

On long rides I really noticed less fatigue and a willingness to power out of situations more often. Anyway I think they are here to stay.
Posted by thelighterthief at 17:19 No comments:

A night at sadler's wells 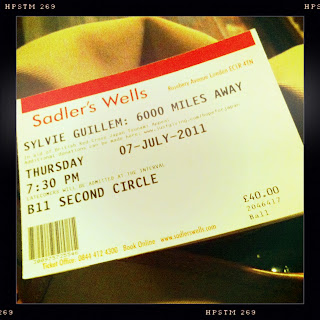 Well I finally got to see sylvie guillem dance. It's nearly 10 years since she did her film for the BBC (evidetia?) and I've missed, been too skint or away every time. Not this time though. There was 1 ticket left at £41 when I checked out the booking site. I took it and immediately felt guilty because I can think of several people that would love to see her too. I clicked 'buy'

The first piece was shit. The second brilliantly weird but I went out to the interval a bit miffed. She hadn't danced yet.

The last segment was just sylvie and a screen. Needless to say I went away happy. Quirky and full of her signature flexible joint movements. A goddess and one that shows no sign of a desire to retire. A head and shoulders above the other dancers tonight and 20 years older. Here's to her carrying on for another 10 years.

Posted by thelighterthief at 23:43 No comments:

Well today I finally took the plunge and went clipless. I was a little nervous as it's one of those things that seems to be what separates the newbie from the seasoned tourer.

Jonny had just got some before the Cambridge ride and I was more than a little jealous as I struggled with cages and straps...

I went back to Evans in spitalfields as they'd not tried to upsell me when I went in to try the Honky Tonk.

Once we'd established that I mostly commuted but was preparing for the Lejog ride, the assistant suggested as an entry into clipless pedals an mtb shoe and pedal... Mostly so I can get off and walk.

I was initially sceptical until I realised that the 2nd pair of shoes he showed me I had initially thought of as practical town shoes.

Realising I don't normally wear Lycra into east london for fun he offered to fit them, as the bike must be close by (they have an umbrella stand for bikes... Well that's what it looks like)

After practicing clipping in and out against a wall I set off. Instant massive improvement.

Bring on those hills.

Posted by thelighterthief at 19:41 No comments:

Cambridge to London by velocipede 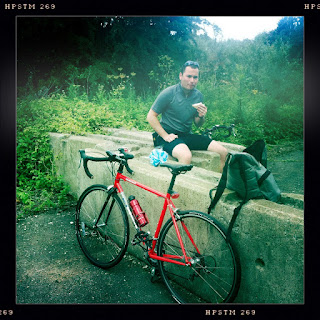 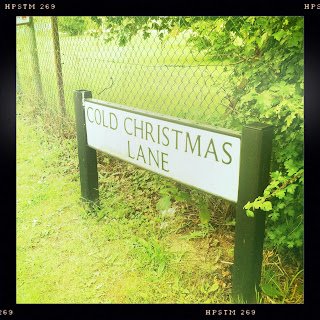 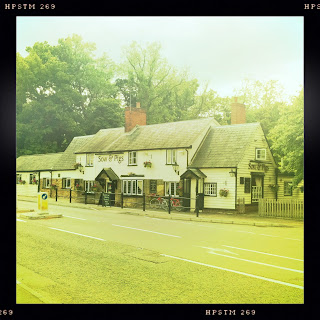 Well today Jonny and decided that rather than hang around North London we'd cycle back from Cambridge.

To spice things up I thought I'd bring way too much stuff in a backpack and wear cold weather cycling gear. In keeping with the unspoken theme Jonny decided to bring a little less than he needed for the day.

We learned lots of interesting things today like how to swallow thunderflies, people in country pubs and shops are lovely and that we probably wont be going to club x in herts.

Overall a great day out.

Posted by thelighterthief at 17:14 No comments: