Whilst we were out on Sunday a couple of things occurred to me about cycling that I thought it might be good to share. I appreciate some of you regularly do long rides, but some of you might not


False flats
This is the name given to sections of a road race course that were you watching it on the telly box, or indeed riding it, you would assume are flat but are in fact not. Going from the flat to a hill in open countryside (where you have a horizon, objects to work out scale and distance against) is one thing. You can judge your speed and gear selection before making a measured approach.

On slightly more closed in roads (overhanging trees or high hedges) you will often get a false impression of the incline/decline of the road. On occasion you will be convinced that you are going down a gentle incline to a little hill at the bottom when in fact you are already climbing and it's about to get steeper. Your eyes will only tell you so much. You need to trust your legs.

A short section of the ride on Sunday conformed to this type and it gets really tempting to try and work it all out. In reality a better approach is to relax and see what happens.

Bottomless puddles
Water collects in depressions in the road to form puddles. During a rainy part of the ride several cars went through the same puddle at speed. Each one of them made a crunching/slapping sound as they grounded the bodywork into the water. Under the puddle was a pothole the size of a car wheel.

Where possible avoid riding through puddles on roads you don't know, especially those on un-edged country roads as who knows how deep they'll turn out to be.

Never pass up the chance to use an actual toilet
You never know where the next one will be. Ditto for filling up water bottles, buying extra fig rolls etc. If you get a chance...take it. I went on a ride to Brighton and spent ages looking for the perfect pub lunch... only to find they'd all stopped doing food and I had to go to a tearoom instead as it was all that was open. Hardly a hardship, but in Holland I very nearly missed the chance to eat for a whole day by forgetting to buy food before I joined a cycle route through the middle of nowhere.


Dominic
Posted by thelighterthief at 16:13 No comments: 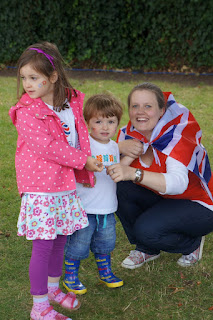 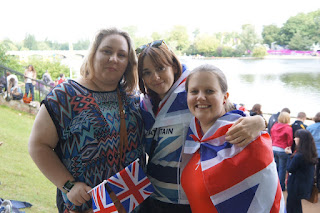 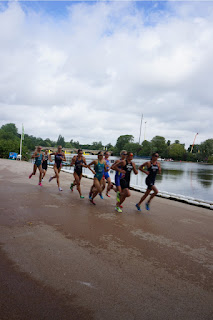 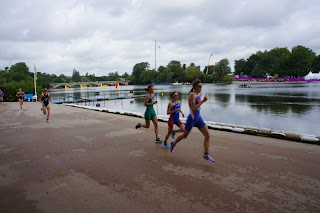 This saturday morning we got up at 05:45 to get down to Hyde Park and pick up Tickets for the Lido Cafe breakfast/triathlon event. As you can see from the pics, this particular part of Hyde Park was fairly uncrowded as it was a private event.Like much of the olympics, you got what you paid for.

A great time was had by all, which extended to watching Team GB's greatest ever athletics session and a bit of world class cycling.
Posted by thelighterthief at 14:20 No comments: