Shall we hire a minivan or cycle? 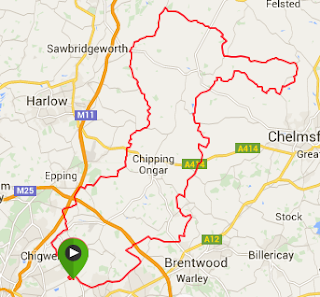 On the face of it the "Tour De Essex" looked like it might be a nice little ride. We picked the 72 mile route as it is one step closer to the century Sportive than we had tried so far and only two months before the Ride London 100 team event. The website boasted:

"2014 was a unique year for the County of Essex and for all who cycle on her. The third stage of the Tour headed through many of the wonderfully road bike friendly roads that we at SportiveUK cycle on a regular basis.The Tour De Essex features a 42, 72, and 110 mile choice of routes that utilise many of the same spectacular roads as the 2014 Tour de France.
The Tour had a huge effect on this area of countryside, many roads were updated to accommodate the peloton. These immaculate surfaces will get your wheels spinning making for an impressive average speed."
On the day they had to add a couple more miles on due to roadworks. I must say that having the Garmin tour bleep as junctions approach is worth the price alone. I nearly missed a couple of turns and had one rider thank me for signalling a turn as we hurtled down a hill towards it.

I've nothing to complain about from the organisers point of view except the description of the road surfaces. I've only ridden such gravel strewn, pot holed roads on the LEJOG ride a few years back. The ride itself was relatively well thought out with 2 rest stops for food, toilets and filling of water bottles (with pre-mixed energy drink, tea, coffee and water all available). The volunteers were wonderful, cheerful folk, admittedly the first rest stop was about 35 miles in, which was tiring to get to. The scenery was stunning...

So what was it that made it hell on wheels for the five of us?

Was it the short descents taking all of the climbing height out in a few yards? Was it the wind that knocked you back on the flats? Was it the roads surfaces which needed a careful eye? The range rovers passing closely by?

Perhaps all of these but at least this time I remembered to take lunch.

A great day was had by all... Well I enjoyed myself... even the painful bits. 24 hours later most of the pain has subsided anyway. So I had a few pints when I got back and spent the evening in compression clothing... so what? 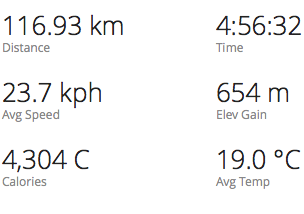 Please feel free to comment or add to any of the ideas expressed here. Please be nice where possible.